Broadjam.com
To Enter Online, you Must Join Broadjam by
Receiving a Free 90 Day PROMoB Membership.

Not interested in taking advantage of the free membership on Broadjam.com, then you can enter on the DSA site here
https://dallassongwriters.org/dsa-annual-song-contest/

MAIL IN ENTRIES MUST BE POST MARKED BY Sept 30th.
or you can mail you entry form and CD and pay online at our DSA store with credit card or Paypal. https://dallas-songwriters-association.square.site/product/song-contest/8?cs=true
We Amy be the only song contest that you can still enter by mail.
Each entry is entered into the drawing for a blue tooth speaker
Drawing held Nov 5!

and 2 tickets to Between The Waves Music Conference

Dam Stasi and Kickbend with Mesus is Grand Prize Winner with song "UNLESS". Runner up Comrad (Arthur Revechkis) wins with "A THOUSAND LIVES" and Debra Gussin is second runner up with 'LOVE IS NOT". Read about these winners and the interviews with these artists here on our press page.  MORE: https://dsapress.blogspot.com/2020/04/dsa-2019-song-contest-grand-prize.html

Hear the grand prize runner up, "A THOUSAND LIVES". https://www.broadjam.com/songs/comrad/a-thousand-lives

Hear second grand prize runner up "LOVE IS NOT".  https://www.broadjam.com/songs/debragussin/love-is-not
Posted by SONGWRITERS NOTES at 12:37 PM

The DSA Song Contest Awards Dinner that was held on Saturday, January 18, at Sons of Hermann Hall was well attended with 70+. Awards were presented for the Song Contest, Lyric Contest, Song of the Year and Songwriter of the Year. Semi-finalists  Eddie Bowers, Charles Carter, Addison Havens, David Lewis, Bill Martin, Kyle Short and Stephanie Sammons will be performing, as well as, young songwriters Jade Nichol and TK Brown, who received 18 and under Rising Star Awards, plus Harry Hewlett and Barbara McMillen.
Robert Ehlert won the Fall lyric Contest
Scroll down for a list of the winners.

Sorry you were not able to appear in person. Here is a link to a video of the event: https://www.youtube.com/watch?v=69Ov2xo-Acs
And there are oodles of photos on Facebook: https://www.facebook.com/pg/dallassongwriters/photos/?tab=album&album_id=2883673535018186

Here is a link to a pdf of the Awards Program:
https://drive.google.com/file/d/12U21eMdAYS13sS4Z5smSL3AD059xYUVt/view?usp=sharing


Winners were announced January 18, 2020 at the Historic Sons of Hermann Hall. Here is a link to the video of the event recorded by Don Wall Productions: https://www.youtube.com/watch?v=69Ov2xo-Acs

And there are oodles of photos on Facebook: https://www.facebook.com/pg/dallassongwriters/photos/?tab=album&album_id=2883673535018186

Pdf of the Awards Program: https://drive.google.com/file/d/12U21eMdAYS13sS4Z5smSL3AD059xYUVt/view?usp=sharing


DSA 2019 Songwriting Competition Grand Prize Judge Roy Elkins Comments
This was an interesting year in judging the DSA contest. There were 23 songs to evaluate and after the first listen, it was about a fifteen-way tie for first. It seems that every year the songwriters are “upping” their game and the entries are getting better and better. Most years, it is difficult to pick a winner. But this year, 7 or 8 different songs could have walked away with the title. So what does a judge do in this situation?
If I have listened to the list many times and still can’t come up with a winner, I read the list of song titles and ask myself, which songs do I remember? This always helps me clear it up. Good songs are memorable. Well there were still 7 or 8 that could be the winner.
If I still don’t have a winner, then I rank the top candidates in each category. Lyric, Melody, Hook, Structure, Truth and Originality to aid in the decision. I do place a score from 1 to 10 on all songs for these categories, but ranking them in order helps break the ties. That helped a little in this year’s contest.
In this group, there were many strong hooks, like Unless, Euphoria, Grace Sets The Table, Love Is Not and A Thousand Lives. And so many engaging melodies, like Unless, Love Is Not, Dream of You, Special Feature and To Fall In Love. And some very good lyrics like A Thousand Lives, Living and Dying, Twenty Dollar Bill, When Angels Sang, Daughter of a King, Love is Not and Unless.
So, here are the winners:
When listening to a song, I hear something new and different each time. Below I have offered some brief thoughts on many of the songs.
All the best to everyone at the Dallas Songwriters. It’s always an honor to be part of this excellent contest.
Roy

Our Time
One could easily hear Celine Dion, Josh Groban or someone similar knocking this song out. This is a big song and I could easily hear a slower interpretation as well. Good melody, good hook and a good message. Love the line “Crossing the line between faith and forever.” When I heard the end of the chorus the first time, “It’s our turn to shine, let’s take it,” I thought this phrase would be more effective repeating it one more time with a slight change of words and then nail the hook, “This is Our Time.” I noticed at the end of the song, a similar phrasing happened: “It’s our turn to shine let’s take it, No doubt in my mind we’ll make it.” That’s really what was crossing my mind earlier. Just food for thought. I love the song and placed with the right artist, it might generate some traction. Possibly Broadway might be avenue as well. It feels like an experienced team wrote this song and I would love to hear more from them.
Should’ve Known Better
One of the most original in the collection. Interesting melody in the verses which contrasts nicely with the chorus. You can almost feel the melodic pain from the hook.
If it was my song, I would try singing the I….I at the end of the line. Try coming out of the pre-chorus right into I should’ve known better, then sing the I…I’s. It may not work worth a try. I think the pain at the end of the phrase rather than the beginning might make it a little more effective. Another good writer other songs I would like to hear.
Special Feature
I am not sure what it is about this song, but it found myself humming the melodic hook over and over again. Very tasteful melody and the song itself is well put together. I have an attraction to this kind of jazz guitar and it’s probably influencing my ability to judge this objectively.
Production note: If it was my song, I would lose all the additional instruments, horns, winds, etc. They are a little distracting and don’t really add a  lot. I think simplicity (George Benson style) would really bring out the best in this song.
The Devil Willing
This is a serious contender for film & TV placement. A tasteful instrumental that reminds me of David Arkenstone. He is so good with instrumentation and so is this writer/producer. This would be a great film or tv track, as it sounds more like a bed than an instrumental song. While I could listen to this over and over, the melody could be more prominent.  Between 2:20 and 2:40 it appears to drift a little from the theme. Production note: If this was my song, I would remix, tweak the aforementioned section and pitch to film and TV.  Make sure to create alternative versions with lots of stems for a music supervisor to choose from. Like to hear more from their catalog.
To Fall In Love
I really liked the performance, style and production. If this was a production contest, it would have easily finished in the Top 3. Strong melody.

Thank You For Loving Me
Good melody and arrangement.
Twenty Dollar Bill
I really like this idea. The second verse is really strong along with the bridge/third verse. Good lyric writing. Sometimes songs that are contrived can zap the truth from a song. But in this case, there is an additional message about need and greed, and it was done very skillfully and the truth shines. I am not sure that the chorus is as strong as the verses but  will probably remember this for it’s originality. Great work, and I got a feeling this is a seasoned writer. Love to hear more.
When Angels Sang In My Backyard
Excellent lyric, original and great concept. The verses in this piece are intriguing and set up the chorus well. Another song that moved up the list with each listen.
You Are My Amazing Grace
It’s a good song, good lyric and clearly well-written.

Posted by SONGWRITERS NOTES at 1:28 AM 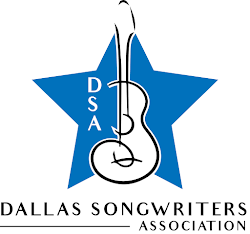 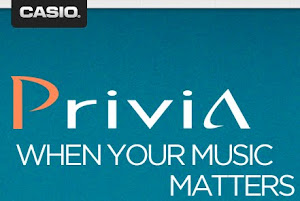